Exercise and training for table tennis 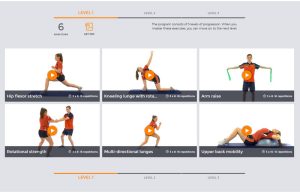 I was not knowledgeable about appropriate training for table tennis until I discovered the Norwegian site: fittoplay.org. I have yet to try these exercises, but it looks very well thought out (in English). Also appears to be free. Let me know if you try these out.

How to get more spin on serves – Tutorial

5 Simple Tips for Winning your Matches

In the interest of sharing and ensuring everyone has an even chance in league, here are 5 things that work well. I sent this today so you’d have time to practice these tactics. And please feel free to ask me for more if they aren’t clear to you.

QUICK DISCLAIMER: Please don’t read this wrong and get the idea that winning is everything and the league is about destroying the other guy. My intention here is to give everyone a little bit of the knowledge that better players already have, that’s all.

Okay, there’s 5 good tips for you. The long paragraphs after the tips are just to explain. The tips themselves are short so that they are easy to remember and use mentally in a match. You can write them on paper if you want and read them before playing. I always have some cheatsheets like this with me at tournaments.

Some nice simple table tennis skills videos for all levels: